Governor Cuomo and Lessons for the C-Suite Men

Governor Cuomo and Lessons for the C-Suite Men

Sexual harassment and hostile work environment allegations aren’t a political problem – they’re a problem that all male supervisors need to actively worry about.

Governor Andrew Cuomo is just America’s latest public figure to be shamed by accusations of sexual harassment and workplace hostility made by multiple former staffers. Like all the #MeTooMen who’ve lost their leadership positions, Cuomo’s sudden downfall is a cautionary tale for men in the C-Suite because his defense is undoubtedly universal:

“I never knew at the time that I was making anyone feel uncomfortable,” said Andrew Cuomo in a press conference last week. “I never, ever meant to offend anyone or hurt anyone or cause anyone pain.”

Sounds familiar, right? The vast majority of male supervisors never intend to offend anyone with chaste physical contact; compliments about a woman’s appearance; or a PG-rated discussion about sexuality. But as a woman with 25 years of experience in human resources, let me tell you — the vast majority of women you work with will always be offended.

How will you know when you’ve unintentionally offended one of your female employees? You won’t — in real time, anyway.

Women will almost always “stifle their inner blech,” as The New York Times columnist Maureen Dowd recently put it. Yes, we’ll hug you back, smile and thank you for your compliment on our appearance, and we’ll keep up our end of the sexual banter that you initiated as if we’re just as into it as you are. We’re not into it, though. This stuff is always icky when it comes from our boss, no matter how much we like him.

You’ve heard all the reasons why women don’t tell you they’re uncomfortable with your behavior. And we’ve heard all your reasons why you shouldn’t be held accountable for innocently-intentioned actions that never seemed unwanted.

So how does this stalemate get broken? Men, you’re going to have to cede this one.

There’s no way through the risk of sexual harassment claims other than to stop treating your female employees differently than you are treating the male ones. That includes no complimenting employees on their appearance, touching them respectfully, buying them gifts, or engaging them in friendly conversations about dating, romance, or sex.

I understand — you worked hard to create a great team environment where casual affection and uncensored conversation is mutually welcomed and proof of your team’s camaraderie and positive dynamic. Remember, though, all the #MeTooMen have reportedly been shocked by complaints from women they thought they had a great relationship with only to find out that “mutually welcomed” was a bad assumption.

Once as employee alleges that she’s been sexually harassed – and remember, there’s no proof needed for someone to make making an allegation — you won’t win the optics debate (at the least). Your reputation at work and at home; your company’s reputation; your highly-scrutinized future actions – everything’s at risk with just one allegation.

There are lots of other things you can do to protect yourself from accusations – false or legitimate – and Human Resources can advise effective preemptive measures (well beyond your company’s Harassment Prevention policy) to keep you as insulated from harassment charges as possible.

Male business leaders have been falling regularly since the #MeToo movement gained traction in 2017, and women entering the workplace now are steeped in a culture of pursuing justice for perceived offenses. The characters in the current Governor Cuomo saga will change, but this storyline will be with us forever. 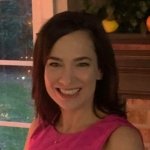 Danielle Verderosa, the Founder and Chief Human Resources Consultant of HR Allies, has 25 years of HR experience in the hospitality, senior living, warehouse/manufacturing, and defense security industries. Most recently a Vice President of Human Resources for a 104-year old contract management services company, Danielle has the HR industry’s top professional credentials and has been the recipient of several top awards honoring her integrity, leadership, and business excellence.